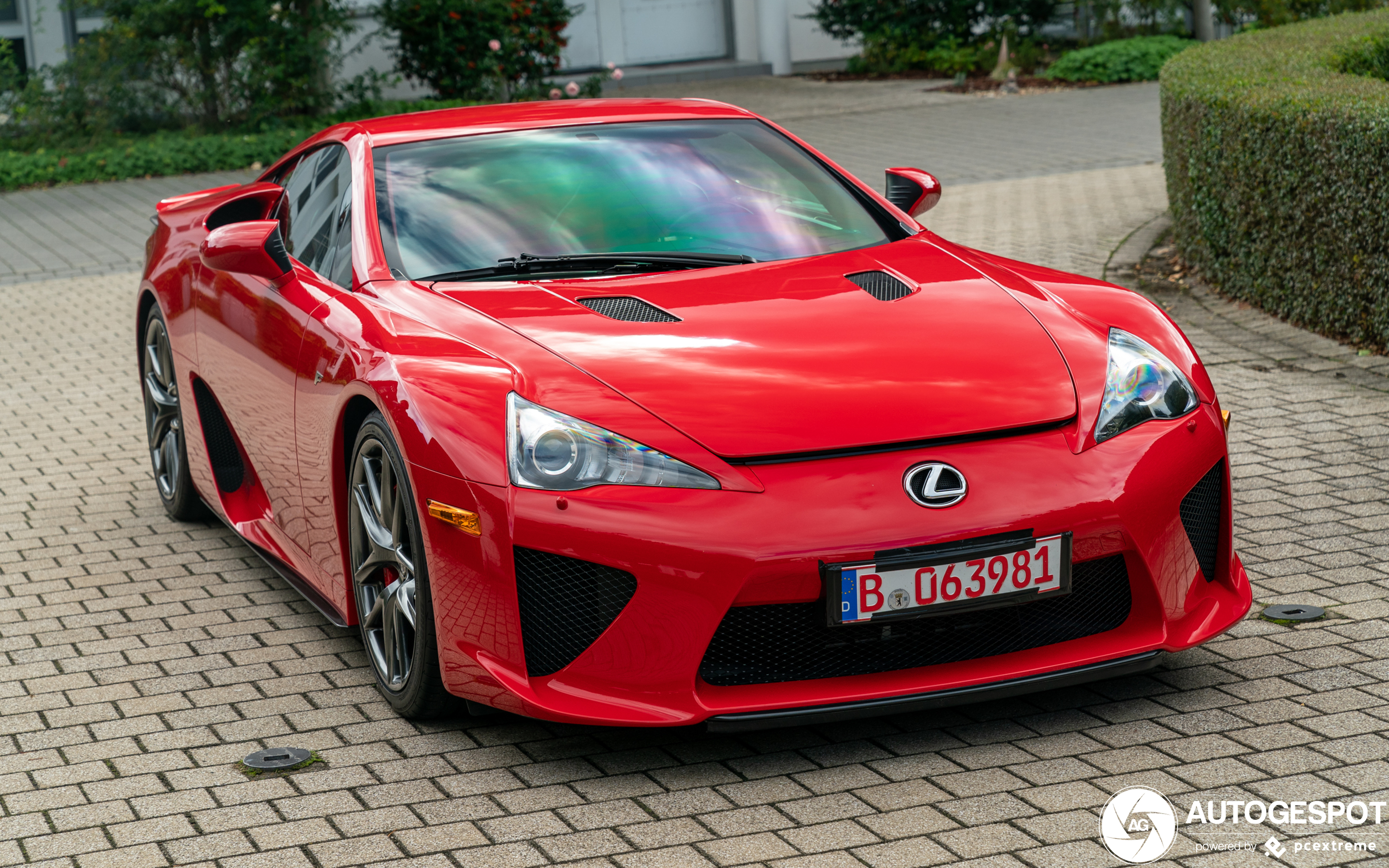 I received a post about this LFA's whereabouts. The only logical thing was to go there by bike for an hour for the slim chance of spotting it. When I arrived, no LFA was to be seen. However, I found Shmee's vantage. Adding 1 and 1 together, I figured that Shmee was driving the LFA - which was true. Only a couple of minutes after me having arrived at the Golf Course, the mighty LFA showed up and was parked in a way to take some proper photos. It was definitely worth it as the LFA is one of the hottest cars, probably the best-sounding one of them all. The same car was later spotted in Berlin that day by Damors who got just as lucky as me.