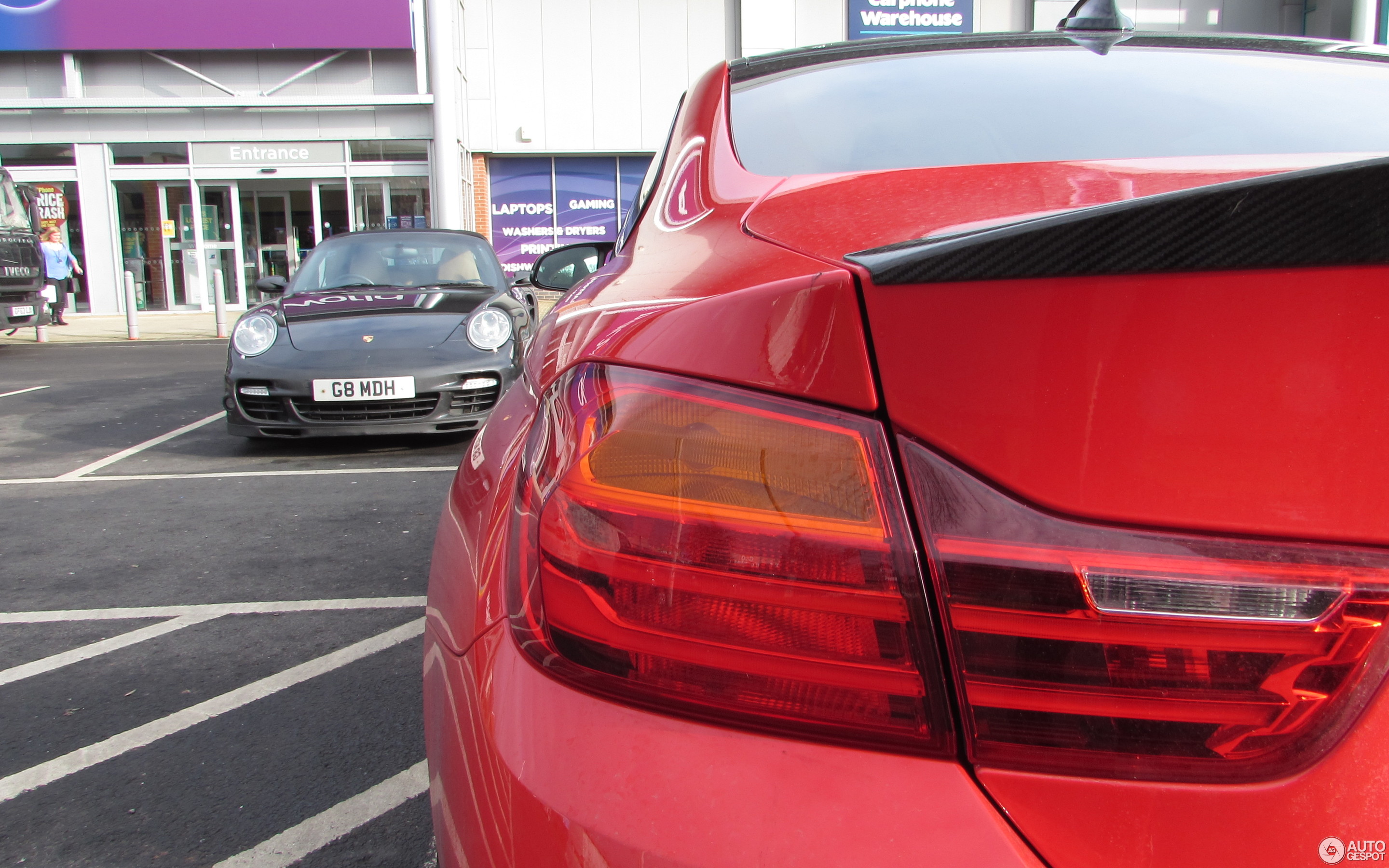 Absolutely stunning Ferrari Red Metallic coloured M4 which I spotted a few weeks ago in Chorley. We first spotted this car coming from the outskirts of Chorley and heading into town, and then later spotted it parked up, in combo with a nice 997 Turbo Cabriolet. I have seen one or two F80 M3's in this colour before but it's my first time seeing an M4 in this colour, and it looks great, however we also spotted an F80 M3 in what appeared to be Santorini Blue, and that looked even better in my opinion.